A brief history of dyeing fabrics 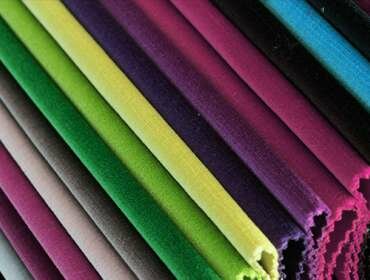 Dyeing fabrics is giving the fibers a homogeneous color that has a certain degree of strength. The methods of dyeing are very diverse, depending on the properties of the dyes and the dyed fibers.

The development of organic chemistry and chemistry of coal made it possible to obtain artificial dyes. English chemist Perkin in 1856 released on the market mauveine (the main violet dye) - the first artificial dye. In 1859, another basic dye appeared – fuchsine. After that a whole series of artificial dyes of a wide variety of colors and properties appeared.

Dyeing of fabrics: groups of dyes

By methods of technical application, the coloring agents are divided into 8 groups:

All types of dyes almost all are used for dyeing of cotton, the exceptions are acid dyes, and mordant dyes are used relatively little. For dyeing wool, mostly mordant, acidic and basic, less-substantial dyes are used: for dyeing silk people usually use acid and substantive, rarely basic and cubical dyes.

When dying fibers of animal origin with substantive, basic and acidic dyes the chemical reactions of salt formation between the fiber and the dye happens. In this case salt formation is preceded either by the dissolution of the dyes in the fiber or the absorption by the fiber. When dyeing plant fibers, physicochemical processes of dye absorption and coagulation predominate, that is, enlargement of dye particles on the fiber.