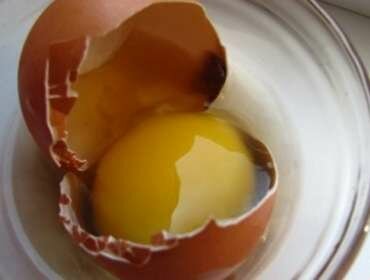 If you happen to break a rotten egg, then you know the smell of hydrogen sulfide, because the stench of the spoiled egg depends on of its presence in rotting protein substances.

This gas not only smells bad, but it is extremely toxic. It sometimes accumulates in sewage pipes and similar places of decay of organic waste.

Chemists working in the laboratories for hours in the atmosphere with traces of this gas, have to deal only with a headache, sometimes with vomiting.

But laboratory technicians always warn for the first time those who are starting to work with gas that, as soon as they cease to sense its stench, it means the matter is bad - it is necessary to immediately escape to fresh air.

They say - "fight fire with fire". Indeed, antidotes to most gases are substances that are themselves poisonous. It is not always that two poisons intensify each other's action (although it happens), sometimes they mutually neutralize their harmful effect. So, our antidote for poisoning with hydrogen sulfide is our old friend - poisonous chlorine.

Sniff the bleach if you inhaled hydrogen sulphide.

Note that in chemical laboratories you can not do without this gas. Pure hydrogen sulphide and ammonium sulphide are the most important indicators of the composition of substances.

Poisonous by itself, hydrogen sulphide, burning, develops also a non-harmless sulfur dioxide gas. It burns almost as good as hydrogen. Workers before descending into wells often drops a lighted candle there to test whether it is possible to breathe freely there.

A catastrophic case of mass poisoning with hydrogen sulfide occurred in 1896 in England during the construction of a lighthouse at the bottom of one of the sea bays. Gas from the seabed penetrated into the caisson, where 35 people were working. The candles that lit the caisson began to shine with a green flame, the workers felt dizzy and sick. They rushed from the caisson and all were saved, but for a long time they suffered from the effects of poisoning. For three days the work was suspended, and then the administration sent 14 strongest workers to the caisson. Just before the end of the shift, the gas stream again rushed into the caisson, the seven of them managed to escape, eight were recovered unconscious. One of them became blind, another became insane, and others also were disabled.

In the old days, when the gas lighting was not yet replaced by electricity, the purification of the luminous gas from the inevitable but very undesirable admixture of hydrogen sulfide to it was carried out in a complicated chemical way and the cost of gas became very expensive.

But scientists managed to make this malicious gas necessary for us.

The fact is that all metals combine with sulfur, giving substances characteristic for each of them. Analyzing any body, that is, by examining its composition, the chemist acts on its solution with ammonium sulfide and hydrogen sulfide and by the nature of the resulting sulfur compounds, their solubility or insolubility in water and acids, the color of the sediment and other data leads to the conclusion which metals and in what quantities are included in the composition of a given mineral, alloy, etc.
In practice it helps, for example, to see the presence of poisonous metal salts in various food substances.